“September Open” was held in Dalsbruk. It was fine weather the day, so about 7000 people came. There were many shop that represent medieval Europe. People who wear old-style fashion sold grilled pork and apple coated chocolate and so on. I enjoyed the atmosphere of medieval Europe.

I rode a yacht “Eugenia” from 11 o’clock. This yacht was recreate the yacht with the same name. I saw the crew setting the sails and changing the route so close to me. It was very impressive because I never seen it. Peter who is crew of Eugenia said “Eugenia carried rocks to build a light house in Bengtskar.” I was surprised that Eugenia contributes to build a famous light house. I had a great time on the quiet sea.

“Horse fighting show” started 3:30. This show was cool. Soldiers in armor was riding a horse. Then, they jumping over a fire and fighting. 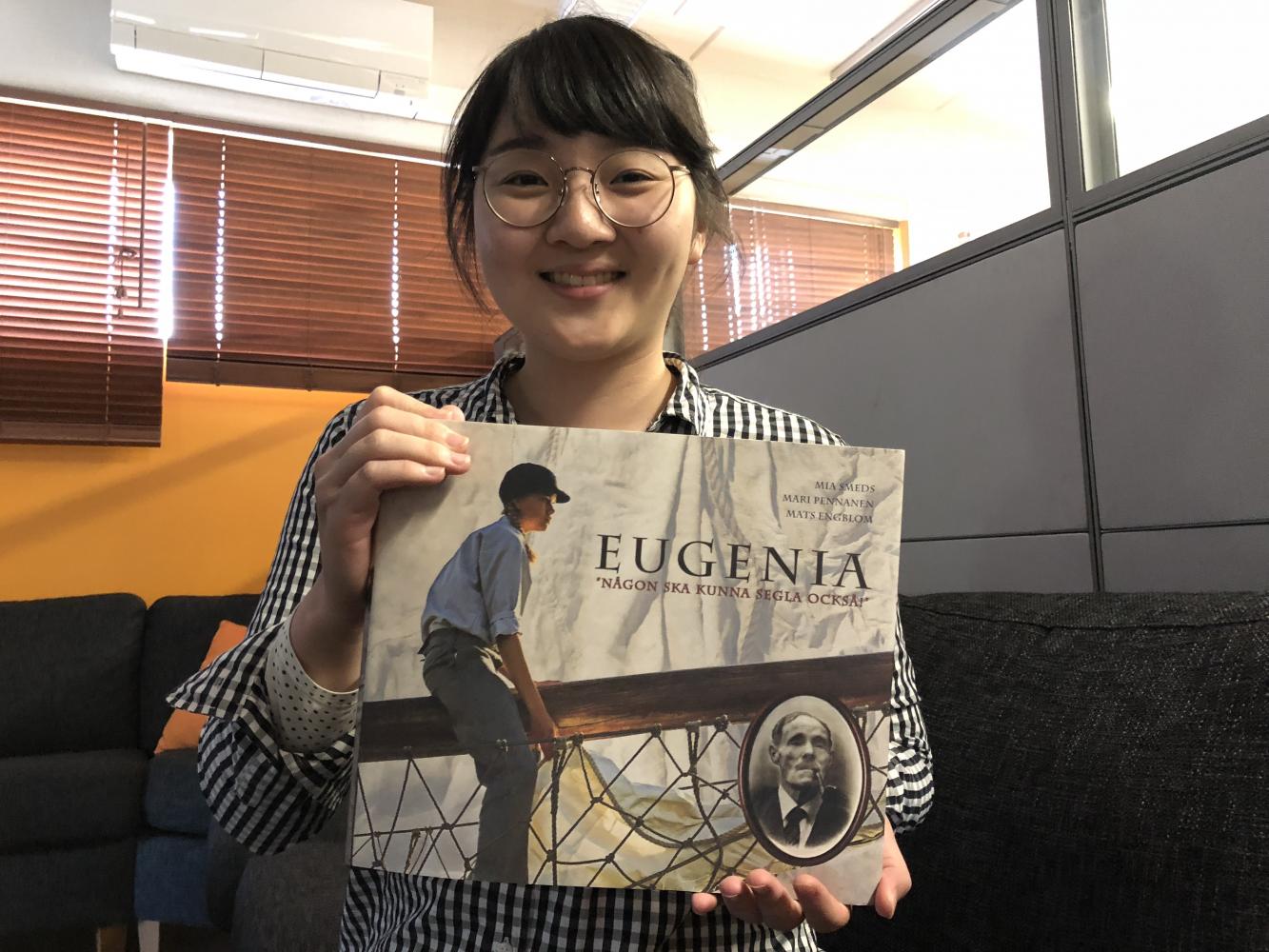